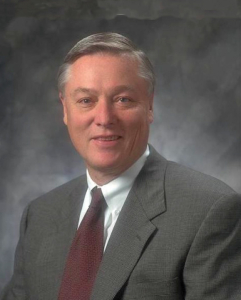 The Kenton County Judge-Executive appointed Joe Koester to the NKWD Board of Commissioners for the first time in September 1999. He was most recently appointed to an additional four-year term running from June 23, 2020, through July 31, 2024.

Joe Koester is retired president of Herzog Jewelers in Fort Mitchell, Kentucky. He is a graduate of Eastern Kentucky University and the Gemological Institute of America.

In addition to providing top-quality jewelry and service, Koester also is very involved in the Northern Kentucky community. His current involvement includes: 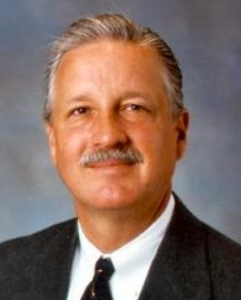 The Campbell County Judge-Executive appointed Fred A. Macke, Jr. to the NKWD Board of Commissioners for the first time in September 2004. He was most recently appointed to an additional four-year term running from June 17, 2020, through August 26, 2024.

Fred Macke was born and raised in Northern Kentucky. He is a Brokerage Senior Vice President with Colliers International. As Brokerage Senior Vice President, he is responsible for the leasing and sale of office and office/warehouse buildings throughout the Greater Cincinnati and Northern Kentucky area. Because of his vast experience, Fred is often consulted by local media representatives on issues relating to the local commercial real estate market.

Mr. Macke is very active in the Northern Kentucky Community. Some of his community involvement includes: 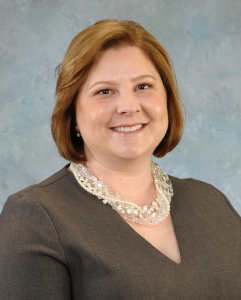 The Kenton County Judge-Executive appointed Jody R. Lange to the NKWD Board of Commissioners on September 10, 2019, to a four-year term running through August 28, 2023.

The Board voted in January 2022 for Ms. Lange to serve as Secretary for a one-year term. Ms. Lange previously served two one-year terms as Treasurer.

Jody Lange is Accounting Manager for Used-Car-Parts.com, Inc. in Fort Wright, Kentucky. She is a graduate of Thomas More College, holding bachelor's degrees in Accountancy and International Studies, as well as an Associate degree in Spanish.

In addition, Ms. Lange has the following licenses and affiliations: 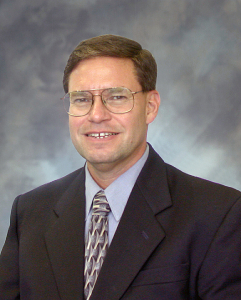 The Campbell County Judge-Executive appointed Douglas C. Wagner to the NKWD Board of Commissioners for the first time in July 2002. He was most recently appointed for an additional four-year term running July 21, 2021, through August 26, 2025.

Doug Wagner was born and raised in Fort Thomas, Kentucky. He is the owner and operator of Weber Dental Laboratory, Inc. in Fort Thomas, a company he has owned for over 40 years. Wagner received National Certification in Dental Technology in 1979.

Wagner is very active in his community. His involvement includes: 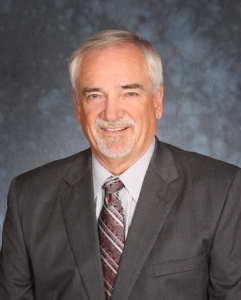 The Kenton County Judge-Executive appointed Clyde Cunningham to the NKWD Board of Commissioners for the first time on August 28, 2011. He was most recently reappointed for an additional four-year term running August 27, 2019, through August 28, 2023.

Clyde Cunningham has been with the Kenton County Farm Bureau Insurance Company for over 40 years and currently serves as Agency Manager of the Independence Branch. Early in his career, Mr. Cunningham served as Chairman of a newly formed water commission board in Monroe County, Kentucky that was instrumental in the development of rural water service.

Mr. Cunningham is very active within the Northern Kentucky Community. He served with the Kenton County Extension Council for many years, was past President of the Council, and was on the building committee when the Taylor Mill Road facility was under construction. He is married to his wife Donna, and they have 4 children and 8 grandchildren, all residing in Northern Kentucky. 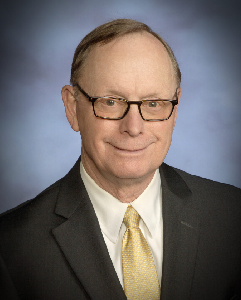 The Kenton County Judge-Executive appointed Nicholas E. Winnike to the NKWD Board of Commissioners on September 28, 2021, to a four-year term running through August 28, 2025.

Mr. Winnike retired in December 2019, as a vice president of Jacobs Engineering after a 40-year career, including 38 years with CH2M HILL, followed by 2 years with Jacobs Engineering, which acquired CH2M HILL in 2017. He was a licensed Professional Engineer in Kentucky and several other states, and his area of practice was municipal water, wastewater, and stormwater systems. Winnike has served as project manager on challenging assignments across the Tri-State region including leadership of designs at each of the three Northern Kentucky Water District treatment plants.

In addition, Mr. Winnike is active in his community and has the following affiliations: